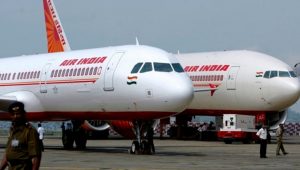 Delhi (India) – September 6, 2018 (travelindex.com) – The International Air Transport Association (IATA) released a comprehensive report on India’s aviation market. The report focuses on the challenges of realizing the economic and social benefits of an Indian aviation industry that has tremendous potential for continued high-speed demand growth.

Key findings of the report include:
Indian aviation is growing fast
– In 2010, 79 million people traveled to/from/or within India. By 2017 that doubled to 158 million. That number is expected to treble to 520 million by 2037.

Air transport makes a significant economic contribution to India
– Aviation in India supports 7.5 million jobs: 390,000 directly, 570,000 in the value chain, and 6.2 million in tourism.
– Aviation contributes some US$30 billion annually to India’s GDP.

India will be the third largest domestic market (behind the US and China)
– Domestic load factors are high, hitting a record 90% in February 2018.
– The 98 million domestic passenger trips in 2017 equal 7.3% of India’s population.
– After adjusting for inflation, average domestic fares fell by more than 70% since 2005.
– The number of domestic airport pairs is 700 (a 50% increase on 2015 levels).
– Low cost carriers account for about 70% of domestic seats.

India’s international market is growing more slowly than domestic
– In 2017 there were about 60 million international journeys to/from India.
– Low cost operators account for about 25% of international capacity.
– India is directly linked to 304 international destinations, up from 230 in 2008.
– About 41% of India’s direct international connectivity is to the Middle East—much of it to super-connector hubs of UAE and Qatar.

Looking ahead
Fundamentals supporting Indian market growth are strong. By 2036 India’s population is expected to reach 1.6 billion and average incomes are expected to rise to almost $5,000 per capita (a five-fold increase on 2006). With that, the number of “middle class” households should reach 20% by 2036 (up from 2% in 2006).

Domestic markets will continue to drive industry growth. Of the 359 million additional passengers expected to fly in 2036, 228 million will be on domestic routes and 131 million will be connecting internationally.

By 2026 India is expected to be the third largest air transport market in the world (up from its current 7th place ranking).

Challenges
The study identified several factors that could impact the future growth of Indian aviation:
– Policy: Baseline growth rate of 6.1% annually is expected to result in a total market of 520 million Indian passengers in 2037. Globally, liberalization and policy stimulus could see India’s growth rate rise to 9.1%, taking the total market to nearly 900 million by 2037. Equally, protectionist and other negative policy impacts globally could hold India’s growth back to 4.9% and the total market would be 400 million in 2037.

“Meeting the significant growth potential of Indian aviation will also create challenges – for the airlines, its industry partners and policy-makers. For example, this will require the right type of infrastructure at the right time and in the right place. Equally, the broader business and policy environment should not place hurdles which inhibit growth and reduce the level of benefits that aviation can deliver to the nation. The industry, its supply chain partners and the government and policy-makers have a clear mandate to work in collaboration towards the common goal of ensuring that aviation’s economic and social benefits are fulfilled,” said Brian Pearce, IATA’s Chief Economist and the report’s author.