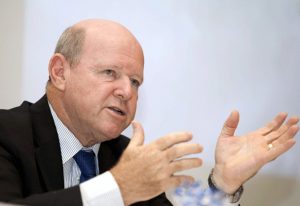 Addis Ababa (Ethiopia) – May 22, 2017 (travelindex.com) – The African Union sent a letter to Seychelles, advising it will face Sanctions if Mr Alain St. Ange candidacy for the position of Secretary-Genreal of the World Tourism Organisation (UNWTO) is not withdrawn. Seychelles’ former minister for tourism, Mr Alain St. Ange, whose candidacy for the post was withdrawn, says the letter to the Seychelles government from the African Union (AU) is questionable.

The big question today centered on whether the Government’s of South Africa, Kenya, Ethiopia, Mauritius and Madagascar and their airlines were consulted on the UNWTO election sanction ban of air access to Seychelles from these countries. The African Union must come out clean quickly as they are hurting African unity.

If it is proved that the African Union sanction letter was the reason for the elimination of the Seychelles candidate from the elections in the last minute. Is it possible for Seychelles to apply for a new re-election, especially since there is an opportunity until next September?

At the May elections Africa pulled, through all the pressure and such intimidation as that famous letter of sanction, only the ten African votes and ONE. Only one vote at the first round from the world. This result speaks for itself.